About Us > Presidents > Miriam Wolfe 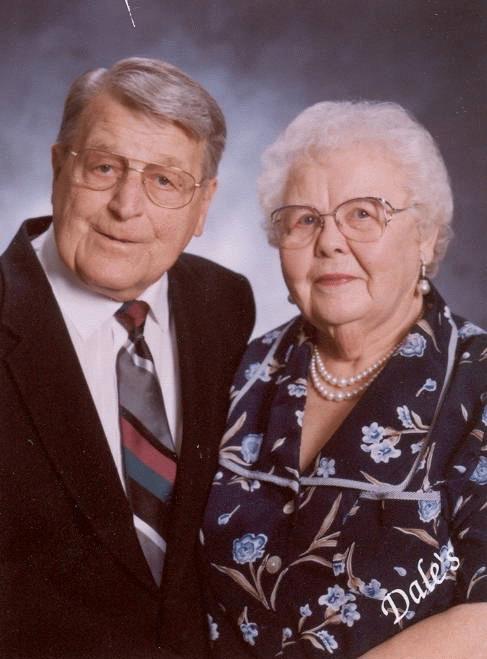 Henry and Miriam Wolfe
Miriam Wolfe served as the chapter president in 1990 and 1991. Miriam was proud of her accomplishments as chapter President. By 1990, membership in the Oregon Chapter had grown to 494.

In 1991, Miriam had a strong team representing AHSGR at the National Genealogical Convention held at the Portland Convention Center. She was instrumental in expanding the chapter's genealogy resources and acquiring the first computer for chapter use.

Miriam was born in Sutton, Nebraska on March 19, 1918 to parents William Volz and Elizabeth Volz (née Abel). Miriam's given name was Elizabeth Miriam, but she preferred to addressed as Miriam Elizabeth.

On September 27, 1940 Miriam married Henry Wolfe whose family came from Alt Messer, Russia. During the Second World War, Miriam worked in the Kaiser shipyards while Henry served in the U.S. Navy. After the war, Miriam worked for Fred Meyer for many years until she retired in 1978. Miriam and Henry moved to McMinnville at this time and she enjoyed tending her garden and traveling during retirement. She was known as "Mother Wolfe" by the children in her neighborhood.