About Us > Presidents > Harold Beck

​Harold Beck served as Oregon Chapter President from 1986 through 1987. Through his efforts, interest in the chapter continued to grow, reaching a total of 455 members in 1987. 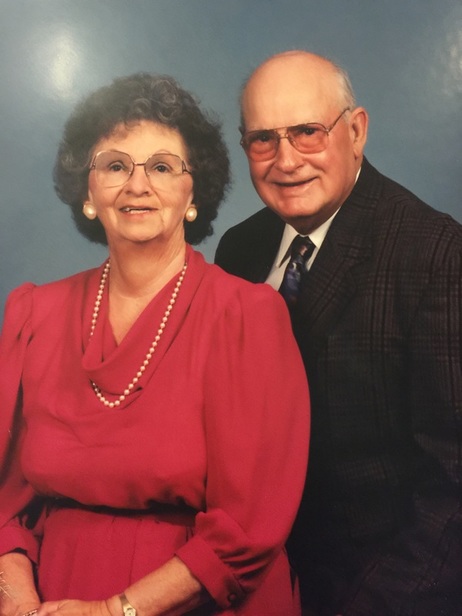 Barbara and Harold Beck. Photograph courtesy of Beverly Norton.
Aside from being Chapter President and other Board positions, Harold sang with the men’s chorus, the Volga Warblers. There was much enjoyment in this group during the rehearsals. Harold had a warm and gracious manner that made both members and guests feel welcome.

Harold was born December 29, 1922 in Haigler, Nebraska. His parents were born in the Volga German colony of Walter, Russia. His mother’s family immigrated to the United States in 1906 and his father’s family in 1913. Both parents were 16 years old when their families came to the U.S.

During World War II Harold served with the 8th Air Force in England. After the war in 1945 he married Barbara Wall. Her parents were from the German colony of Hoffnungstal, Russia.

Harold and Barbara are recipients of the Oregon Chapter Lifetime Achievement Award.